Originally Las Meninas (1656 year) is an oil painting by Diego Velázquez. The painting hangs in the Museo del Prado in Madrid. The person is Infanta Margarita in age of 5 the first child of King Philip IV of Spain with Mariana of Austria. Later this little girl will be Holy Roman Empress, German Queen, Queen consort of Hungary and Bohemia, Archduchess consort of Austria.

Current drawing shows emotions, intentions and the lines of destiny of this little girl with serious face. It is not easy to be a girl of five when you are laced up in a tight corset every morning, put on a heavy skirt, and even a glass of water during a hot day maid of honour, according to etiquette, can be served only by kneeling down in front of you. But then, there, at the end of the hall, mom and dad appeared at the door for a minute… and you are 5 years old again… 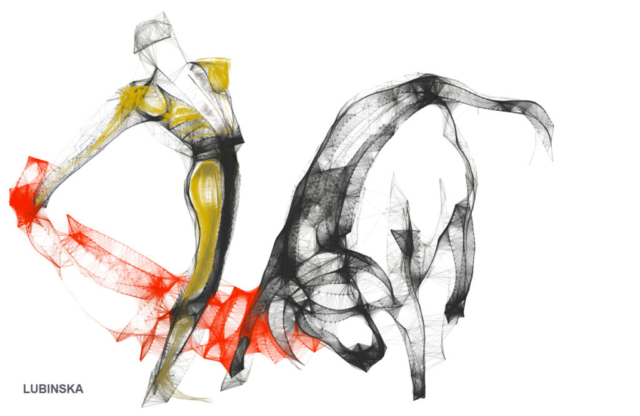 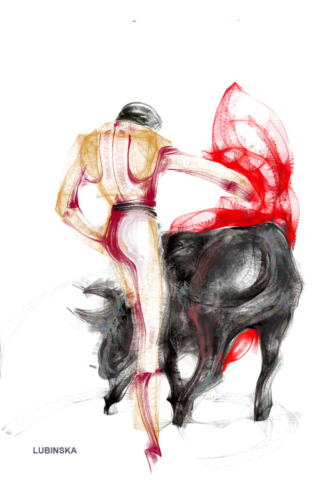 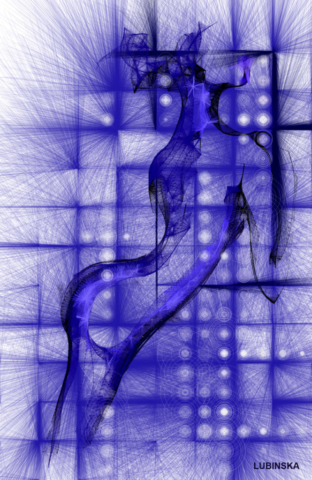 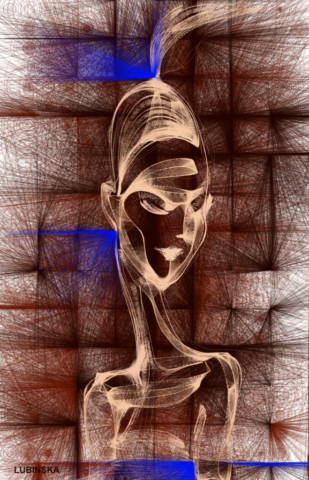 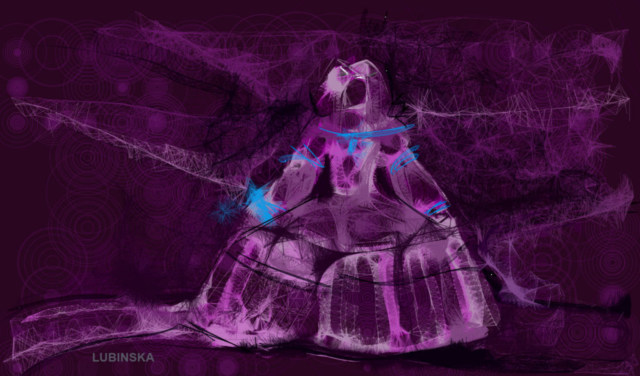 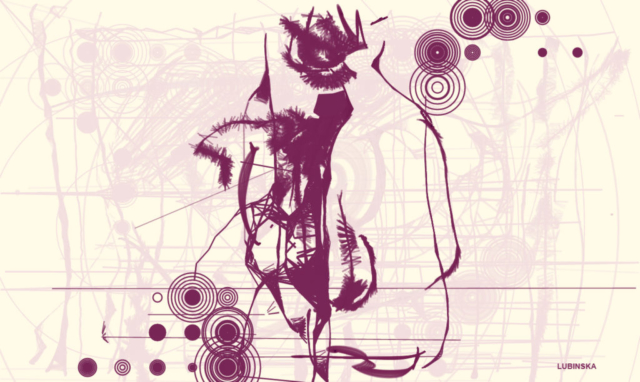 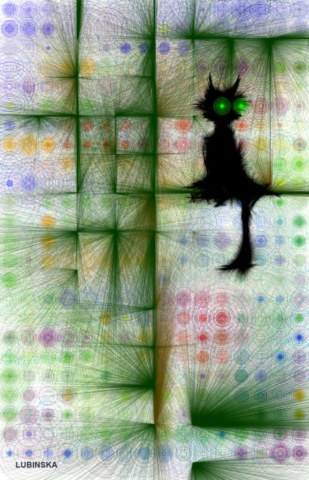 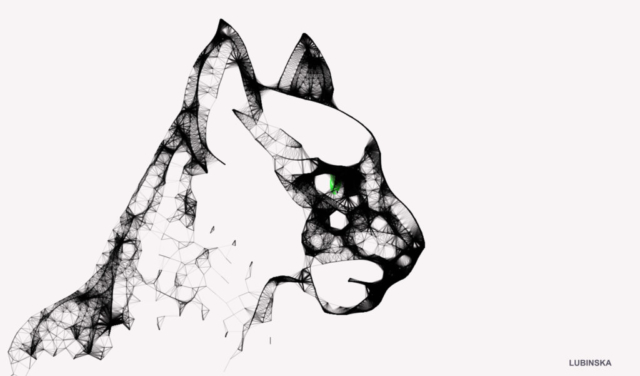